In today’s highly digital world, technologies play a key role in app success. However, the tech market continues to grow and develop every day. While one of the most demanding domains in 2022 is the blockchain ecosystem, this industry also requires lots of changes in languages as the market grows. For instance, cryptocurrencies are a great player today, where blockchain ledger runs the industry. So, with the increased use of blockchain, the development and implementation of related technologies and languages for this space are gaining attention from various industries.

Reports show that blockchain technology can decrease costs for infrastructure in financial institutions and banks by around 30%. In addition, it can also greatly support and improve the economy with its vast range of applications in integral sectors, including healthcare, education, and even education. Using blockchain, companies can now better protect their sensitive data, streamline the payment process, increase user trust, boost transparency and provide cost savings with new efficiencies.

In fact, thanks to all these benefits and applications, the blockchain market size are suggested to grow to $20 billion approximately by 2024. And if you are one of those companies who decided to reap the benefits of implementing this trendy technology, you should first understand all it entails. This guide will showcase the best types of programming languages for blockchain and its applications in 2022. So, read on.

Solidity is an object-oriented programming language used for the development of smart contracts. They automate transactions on Ethereum and other blockchain ledgers. Solidity was launched in 2014 and was developed by Ethereum contributors. The target market of the Solidity blockchain is software developers who want to develop dApps (Decentralized Applications) based on the Ethereum blockchain. Using Solidity language allows developers to easily write code as it combines letters and numbers with variables, functions, classes, string manipulation, as well as many other useful concepts.

Solidity engineers use a vast range of programming perceptions, such as variables, string manipulation, classes, functions, arithmetic operations, and so on. This C++, Python, and JavaScript heavily influenced the development of Solidity. This makes learning and using this programming language simpler if devs are already familiar with Java or C.

Solidity is loved by the blockchain network as it provides lots of open-source documentation showing how apps function with different use cases for visualization, allowing dev teams to start developing their apps based on other software products.

Even though immutability offered by blockchain has many benefits, it may also work against users. For example, it doesn’t allow you to upgrade it or add more features once the smart contract has been finished.

The major disadvantage of Solidity is that it is still a relatively new programming language compared to more old ones. This means it has a limited number of libraries and references that developers can use to learn. So it is hard for beginners to understand the language.

Download this file to see how we helped our NFT clients, how we can lead you to success and what process we use to achieve this

I Want This File! 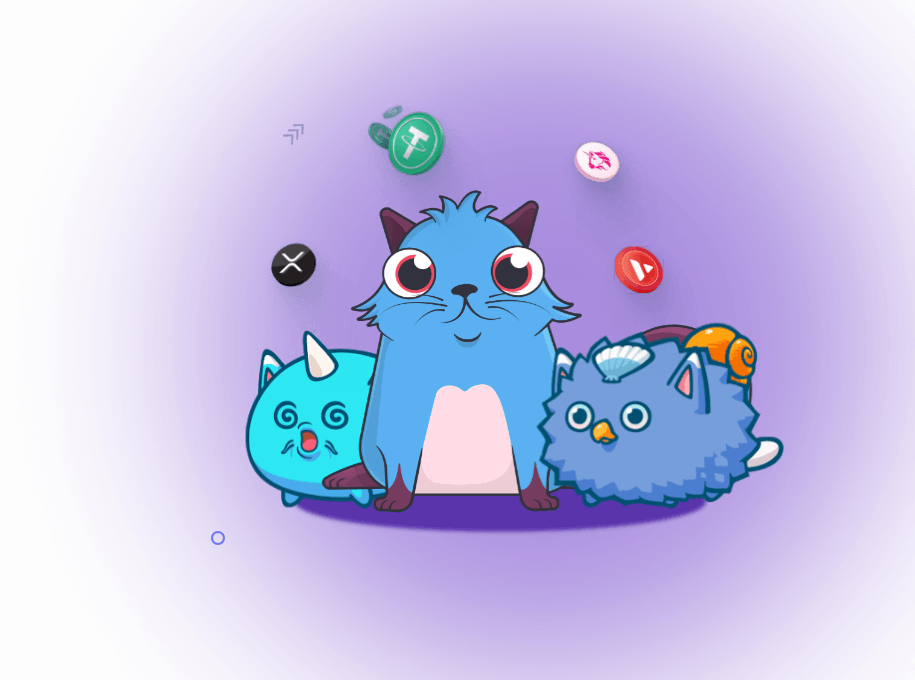 Java remains one of the most notable Blockchain programming languages, featuring a high usage volume and trustworthiness. Java allows blockchain developers to build unique money-making apps without focusing on their internal infrastructure. Java allows this thanks to the APIs the language offers, which are packed with Java-centric interfaces, packages, and classes.

In addition, programs built on Java can be easily transferred to various platforms since it follows a Write Once, Run Anywhere/WORA functionality. Java blockchain development focuses on universal JVM or Java Virtual Machine but doesn’t focus on system-based infrastructure.

Java seems to be as fast as Python, Ruby, Go, or C, thanks to its modern Garbage Collection (GC) algorithm. They are required for app development that needs significant throughput. Java also offers easy maintenance. Java helps save time and effort since code maintenance is easier due to its static, typed nature.

Java also offers code portability and flexibility since it is well supported within various platforms, including app web and embedded. Java is loved by developers as it has a library for almost anything.

Java doesn’t have lots of cons, but several drawbacks that you must be aware of when choosing the programming language are the following:

C++ is the best programming language for blockchain development. To be more specific, the first app of blockchain technology, Bitcoin, was first developed in C++. Being a general-purpose programming language, C++ also offers object-oriented features such as polymorphism, data hiding, abstraction, and so on. This makes C++ a popular choice for developing resource-intensive applications.

Modern blockchain engineers use C++ for its vast range of features, such as advanced multithreading and primitive control over memory. These features are used to bind data and methods, allowing them to deal with them together.

C++ has many object-oriented features like polymorphism, data hiding, abstraction, etc. They make this programming language a popular choice for coding resource-intensive apps. Some of the reasons why C++ is widely used in blockchain development are high speed, independence, and compatibility with a vast range of operating systems and platforms.

Some cons of C++ in blockchain development are there is no feature of garbage collection, code redundancy, and often too complex code that is challenging to debug.

Golang developers are able to accomplish a lot without the need to import or learn complicated secondary libraries. This is because the library that comes with Go is useful without overwhelming developers. In addition, Golang has a simple-to-understand code, which is generally safer than a complicated one. Being a statically typed programming language, dev teams do not need to worry about complex and hard-to-identify issues that come from the large number of variable types that are common with more dynamic languages.

Even though experts see great potential in Golang, this language is still new and requires more time to fully develop in the community. This is why developers more often choose older siblings, which has been shown to be efficient and gain trust.

Based on Stack Overflow surveys, Rust has been the most appealing programming language for blockchain development for five years in a row. Being a low-level statically-typed language, Rust is fast and memory-efficient. It is also a relatively new programming language, although it boasts enormous efficiency, retaining simplicity, reliability, as well as trustworthiness within the blockchain industry.

Rust uses best design and development practices while also offering developers a chance to alter them if they want or need to. In addition, this programming language has no garbage collector, meaning there would be no incident during the runtime due to the language.

Rust programming language is well-known for its speed and safety for a vast range of tasks. These include developing web applications and distributed services, as well as creating cross-platform apps that employ potent command-line tools.

Rust does not provide the same level of monkey patchings as Python and Perl offer. It is also considered to be more challenging to code compared to other languages. The talent pool is also smaller since learning this language is harder.

How Can Interexy Help?

Following our unique hiring process, we always make sure our clients get only specialized engineers with relevant experience and unique skills to power any team and bring maximum value.

Blockchain technology is now used in a vast range of applications. As a result, the development community also brings new languages to boost the efficiency of blockchain development. However, the overwhelming number of languages makes it tricky for businesses to choose the right one for them. Knowing the pros and cons of each language can clear the picture and help companies find the best language according to their needs. Book a free call with our experts to discuss your idea!

What programming languages does blockchain use?

Blockchain developers use different programming languages. However, the most popular today are Solidity, Golag, C++, Python, Rust, and Java.

Which language is best for blockchain development?

There is no simple answer to this question. The best language depends on business needs, goals, and the type of blockchain product.

How to choose a blockchain language?

To choose the best blockchain programming language for you, it is best to first explore the pros and cons of each to clarify the picture and choose one that suits you best according to the features of the language.

Within its first nine weeks, the app received 8 000 users and 4,7 -star rating. The platform is well-designed and hasn’t had many bugs. Interexy LLC is fast and efficient at building new features as well as taking scope changes in stride. Expertise and responsiveness are hallmarks of their work.

How To Drop an NFT Collection and Enter the Market Successfully

Regardless of the sphere you work in, you have probably heard the word “NFT.” It is one of the hottest topics in the 21 century, and for a good reason. NFT is a short name for non-fungible tokens that have appeared in a few weeks and are now an excellent way for any type of […]

The mobile app development sphere is growing every day. However, with the demand grows competition as well, so surviving and thriving in this digital industry might be a tricky task. Since people will always tend to convenience and speed, the mobile app ecosystem seems to develop and shine in upcoming years with no sign of […]

How To Make An Effective Personal Finance Application: Cost & Features

Let’s be honest; modern people don’t want to manage their money by collecting piles of receipts. However, it is vital for them to have a convenient place where they can check their expenses and track them. Therefore, there is an urgent need for a personal finance app that will allow people to have easy access […]

How to Take Over Your Project in Case of Failed Development

The modern market is moving online, and almost every business now requires software development. As a result, this also increases the number of development companies that offer various solutions. However, not every provider can deliver the expected results, as most of them are inexperienced and only waste the time of their clients. And it is […]

Running a coffee shop is a hugely rewarding business with a bright future. It’s one of those jobs where you can add something pleasant to a random person’s day by giving them a cup of delicious coffee or muffin when they have a bad day or need an energy boost for the working process ahead. […]

Although some people believe that Agile web development is a unique methodology, in reality, it is an umbrella for quite a broad category of methods that rely on the principles outlined in the Manifesto for Agile Software Development. This was developed by a team of experts in 2001. What is more, well-known Scrum and XP […]